I have been in this business since 1985.  I started off as a Casting Director, and started Producing several years ago.  I have produced several full length feature films, along with some film shorts, teaser trailers, TV series, 2 music videos and a kid's show. I have cast Principals and Extras for major motion films, commercials, print, documentaries, and Industrials for many years!

THE MILL, in which I was the Executive Producer, has won several awards at a few film festivals!  Love my job!

I am listed on the www.imdb.com  as MAXANN CROTTS.

Here are some of the films in which I was the Casting Director in some capacity: 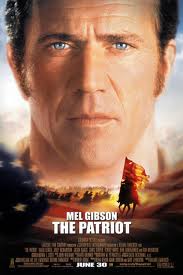 Beyond The Wall of Sleep

Major League, Back to the Minors

The Day Lincoln Was Shot

As well as  Casting in some capacity in

THE HUNLEY, SHAKE RATTLE AND ROLL and many more!"

I have also cast 100's of National Commercials! I am looking forward to working on more family friendly movies this year!

I am excited to see PRAISE BAND!

I wish everyone a very blessed day!